Metro cars will stop at two more stations from January

The handover procedures at Deák Ferenc tér and Ferenciek tere stations will start within days. The mechanical and electrical installations are already operational and the testing of the heat and smoke extraction systems has been successfully completed. Reconstruction work is still ongoing at four other locations, Lehel tér, Nyugati pályaudvar, Arany János utca, Nagyvárad tér stations, and the final touches are being done to the installation of the elevators on Dózsa György utca station.

Since the start of the reconstruction, Nagyvárad tér and Lehel tér have played a key role in maintaining passenger traffic, as this is where trains have turned around. The two stations were only closed in May this year, so they should take a year to renew. The operational areas still have a lot of work to do, but the passenger areas are already showing signs of change, with the paving elements giving a hint of the future look of the stations.

Nyugati pályaudvar and Arany János utca metro stations are expected to reopen to passengers in March next year, and the reconstruction work is on schedule. The mechanical equipment – watermist extinguishers, heat and smoke extraction systems, noise attenuators – has already been installed. The passenger areas are also slowly being improved. At the Nyugati station, a few pieces of cladding are peeking out here and there, revealing that the Corvin-negyed's hyperspace travel is continuing at this station. The glass wall of the Arany János utca station's surface building has been given a mosaic-like pattern, and the roof is covered with a green area of drought-tolerant plants.

The left track has been completely renewed, and trains travelling northbound will reach BKV Zrt. Kőér utca vehicle depot. On the right-hand track, a further 3.5 km of track upgrading is still in progress.

On the southern section, the metro currently runs between Kőbánya-Kispest and Kálvin tér. However, trains have to turn around at Deák Ferenc tér in order to serve the passenger traffic. To find out what's happening behind the scenes and how work is progressing on the construction site, see our video and photo compilation from late October 2022. 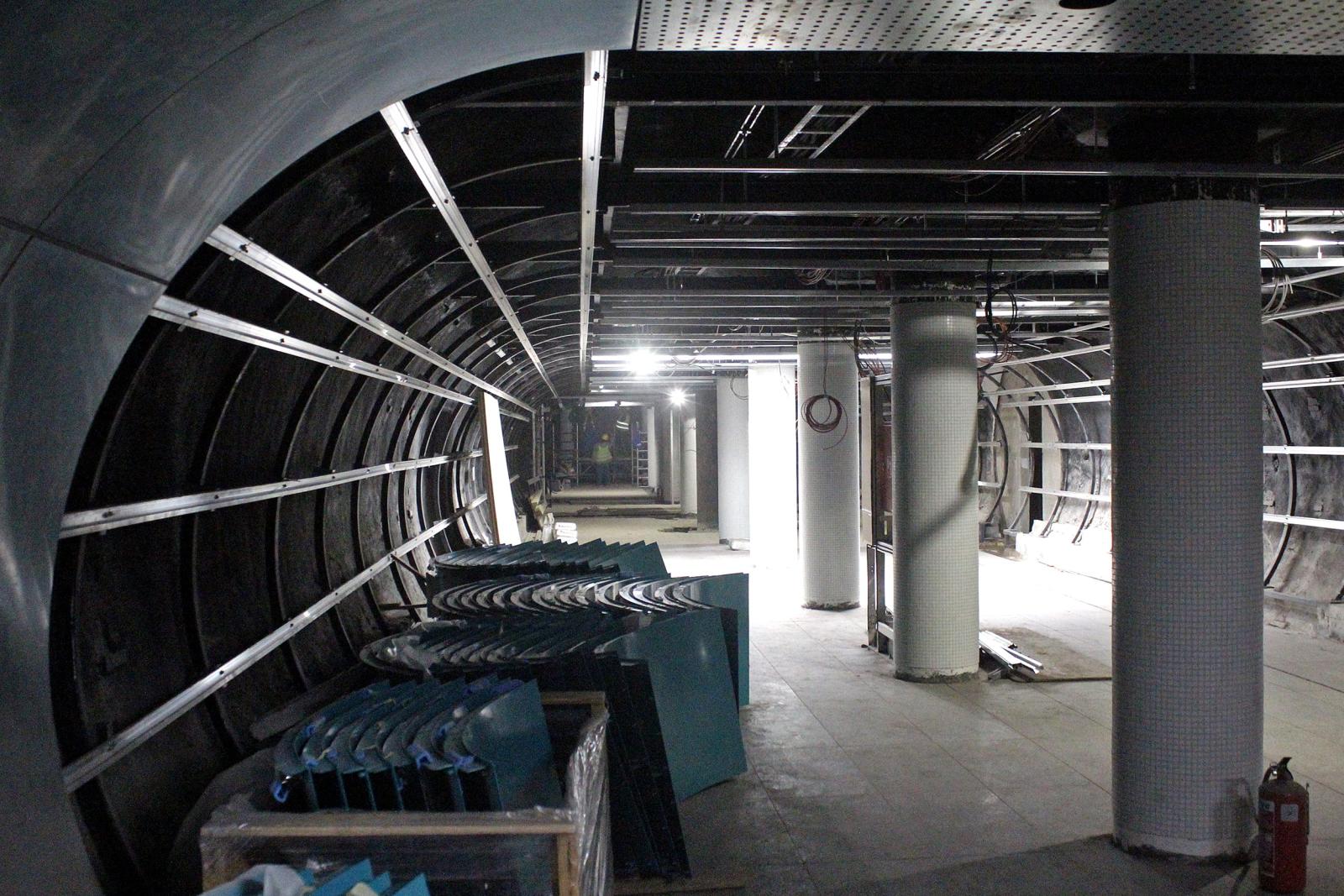