Traffic has started on the renewed left track

An important milestone has been reached in the reconstruction of the southern section of metro line M3, the left track was completely renewed. The experts of the National Transport Authority, the technical inspector of the Budapest Közút Zrt, the experts of the Contractors and the employees of BKV Zrt. were waiting for - after a successful test-run series - the track to be officially handed over to traffic.

On the morning of November 16, just before 8:00 AM, I was excitedly waiting at BKV Zrt. Kőér utca vehicle depot to see the test process for myself. I was standing at the gate of an all-day adventure, more specifically at the entrance of the 29th remise and slowly tuned in to the task ahead. The participants arrived and we all boarded the diesel locomotive. I traveled in an open car with an engineer and aanother colleague from the subway division, just behind the gauge-frame, all the way to Kőbánya-Kispest metro station, and after the free-to-go-sign on to Határ út.

We entered the tunnel, where, after a short switch shift, the others joined us and the gauge measurement began. As a first step, the cables of the gauge were released and tensioned, forming a subway car already in shape and size as well. We started off slowly and looked to see if we could fit everywhere. The first obstacle was a lampshade, which was adjusted with cable ties and listed in the fault-list, and then issued an order for immediate correction. The next problem was a few columns that were too close to the frame and fixes were ordered here as well. Apart from a few small problems, we slowly arrived at Nagyvárad tér metro station. After a short break when the repairs were done, we went back to Határ út, to complete the next phase of the test.

A current collector test followed, when the connection between the subway car's contact shoe and the third rail was monitored. A subway car was connected to the diesel locomotive and we boarded the dark vehicle, travelling slowly with the doors open. We made slow progress at critical points, but there was no problem getting through, as the reported errors were fixed everywhere. The subway car was carried out, the rails were inspected and the area cleaned. By this time, noon had already passed.

Meanwhile, work on the construction site lasted until 2:00 PM, so one hour later, after leaving the reconstruction area, the third rail was re-energized. The experts examined the power supply and then authorized a live test, to run a subway car through the renewed pair of rails. Once again we were waiting at 7:00 PM at Kőér utca vehicle depot to see if the traffic could be changed to the renewed left track. We reached Nagyvárad tér with a maximum permitted speed of 15 km/h and with continuous stopping and reporting on the way there. The test completed successfully. On the morning of November 18, the driver's day was a bit unusual, since after about eight months they had to switch to a new route, on a new lane.

See the pictures of the test run in the gallery, a video compilation about the event is available HERE. 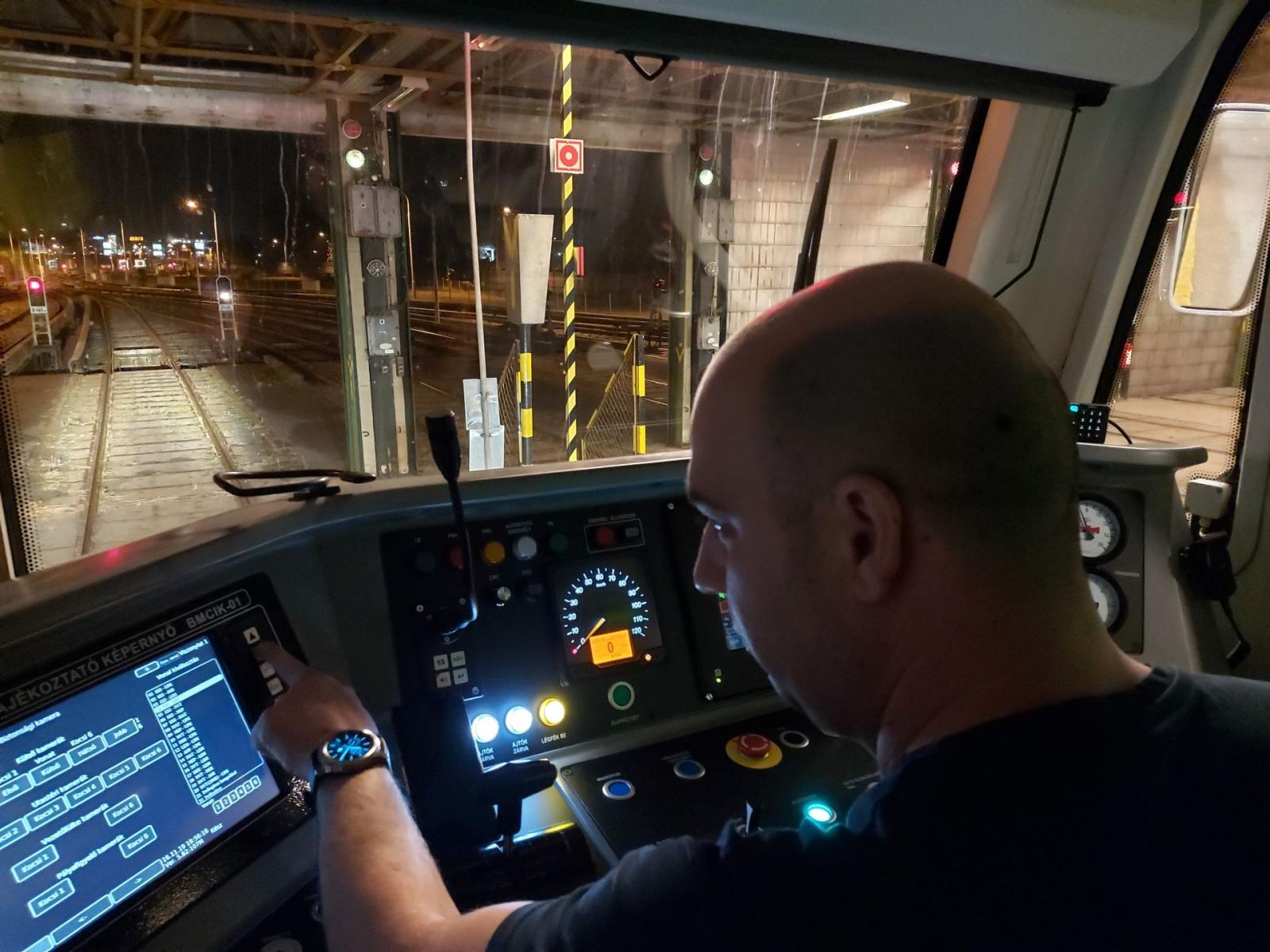