One of the most important parts of the renovation of metro line M3 is reconstruction of the track itself. We have already written about the transport of tracks that are longer than the height of the Parliament building, and we have also published a video report, as well as have mentioned how carefully and well-organized the transport equipment and the professionals must be working on it. After the delivery has been completed, the rails are welded together to form a single rail track - this is also a spectacular process that we have previously reported.

One of the most interesting phases of the underground works on the track sections is grinding, which has been implemented with one of the most modern Speno rail grinders in the modernization of the northern section of the M3 metro line.

The process is as follows: the machine is put on the track, which performs the measuring and grinding of the surfaces of the rail, and creates the corresponding rail profile, by moving back and forth on the rail in a series of rounds by means of abrasive grinding stones. Grinding is quite thorough and time-consuming, as professionals examine the track several times between the work phases and the machine works on each stage until the proper quality is achieved.

Significance: the rail as a supporting structure will properly support and hold the wheels of the subway, optimize the running of the vehicle, reduce noise emissions, and last but not least increase the life of the track section - less maintenance will be needed later.

Similar to New Year's fireworks, rail grinding is also happens with big noise and sparks, as you can see it in the attached gallery. 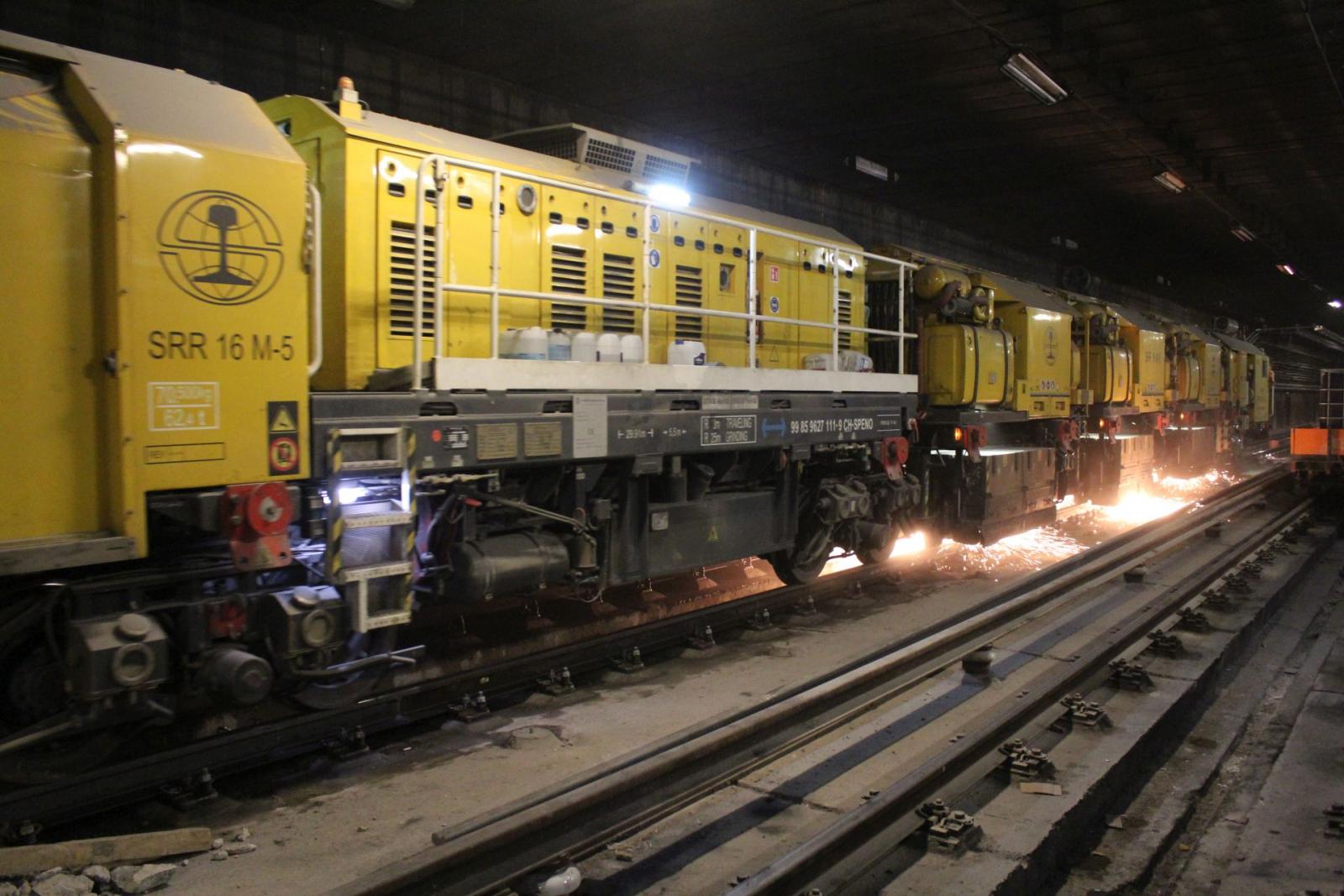