It is a warm work

One can see really spectacular workflows on the northern section, such as installing the escalators, removing some parts of the superstructure at Temesvár street, or renewing the ventilation system.

Among some remarkable as well as meticulously executed tasks you can see the delivery and placement of hundreds of meters of railway tracks from which a written and also a video report was made. However it has not yet been said what happens with the railway tracks after they were placed on the spot. 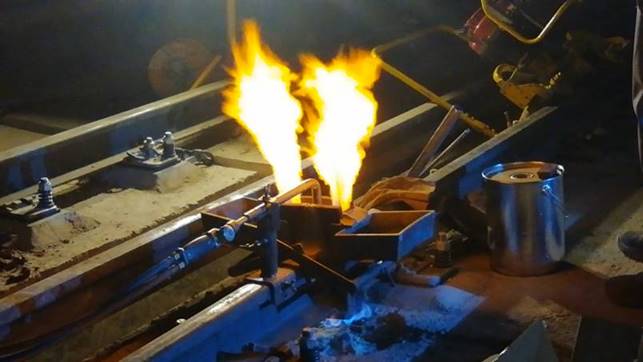 To create a full-length track, the separate railway tracks must be fused, in this case they are solved by welding. The technique used here is called aluminothermic (AT) welding. This is the most convenient way to ensure the continuity of the rails during maintenance at any section of the railway track, on an open line, on a station, or on a detour, with slight traffic interruption. During the termite reaction, aluminum oxidizes of different metals during heat generation, ie. removes oxygen while producing a pure metal. The process itself has been applied since the early nineties, and although the technique and the tools used there have been rapidly developing (faster, safer, more efficient), the basis of the welding process has not changed. 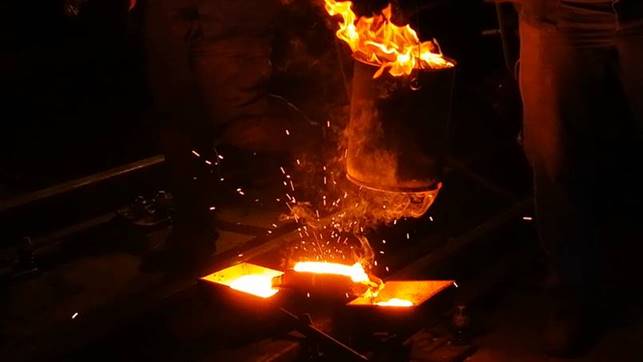 The technology used on metro line M3 consists of the following steps: after the rail ends (where the railways are connected to each other) are cleaned, set to same level and placed the casting mould, the burner is fastened, and the rail ends are being preheated. On top of the gap of the casting mould a crucible is placed, to which the thermite dust is put. After that the material is ignited and it burns at 600-700 degrees Celsius. In a relatively short time the chemical reaction takes place. After the thermite steel was flown into the mould the gap between the two rails is closed. The resulting slag material is flown into the tray and then removed with the tray itself. The clamp plates are also removed and the resulting waste is collected. From here, there is only post-work needed to be done, which involves removal of bulges, grinding, cleaning of the welding area and finishing works. 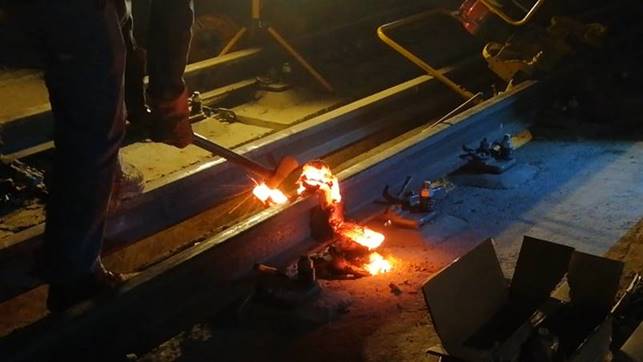 Knocking off the segregated parts

This is followed by strict monitoring, since the track is an essential part of all track-based traffic, safety and proper usability must be highly overseen: in the technical acceptance procedure, the track is inspected, subjected to geometric and ultrasonic testing. 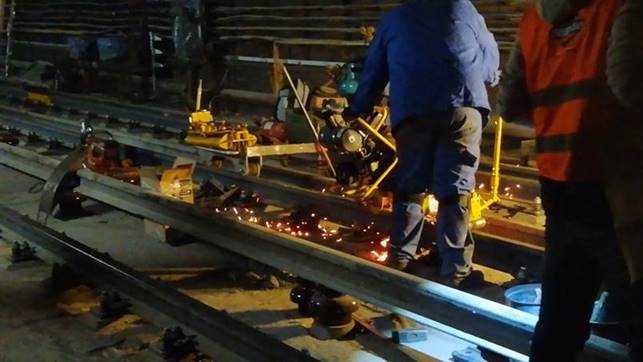