The reconstructed Kálvin tér, Corvin-negyed and Semmelweis Klinikák stations on the central section of metro line M3 in Budapest have been opened, so from Saturday afternoon the metro will run from Kőbánya-Kispest to Kálvin tér on the southern section. 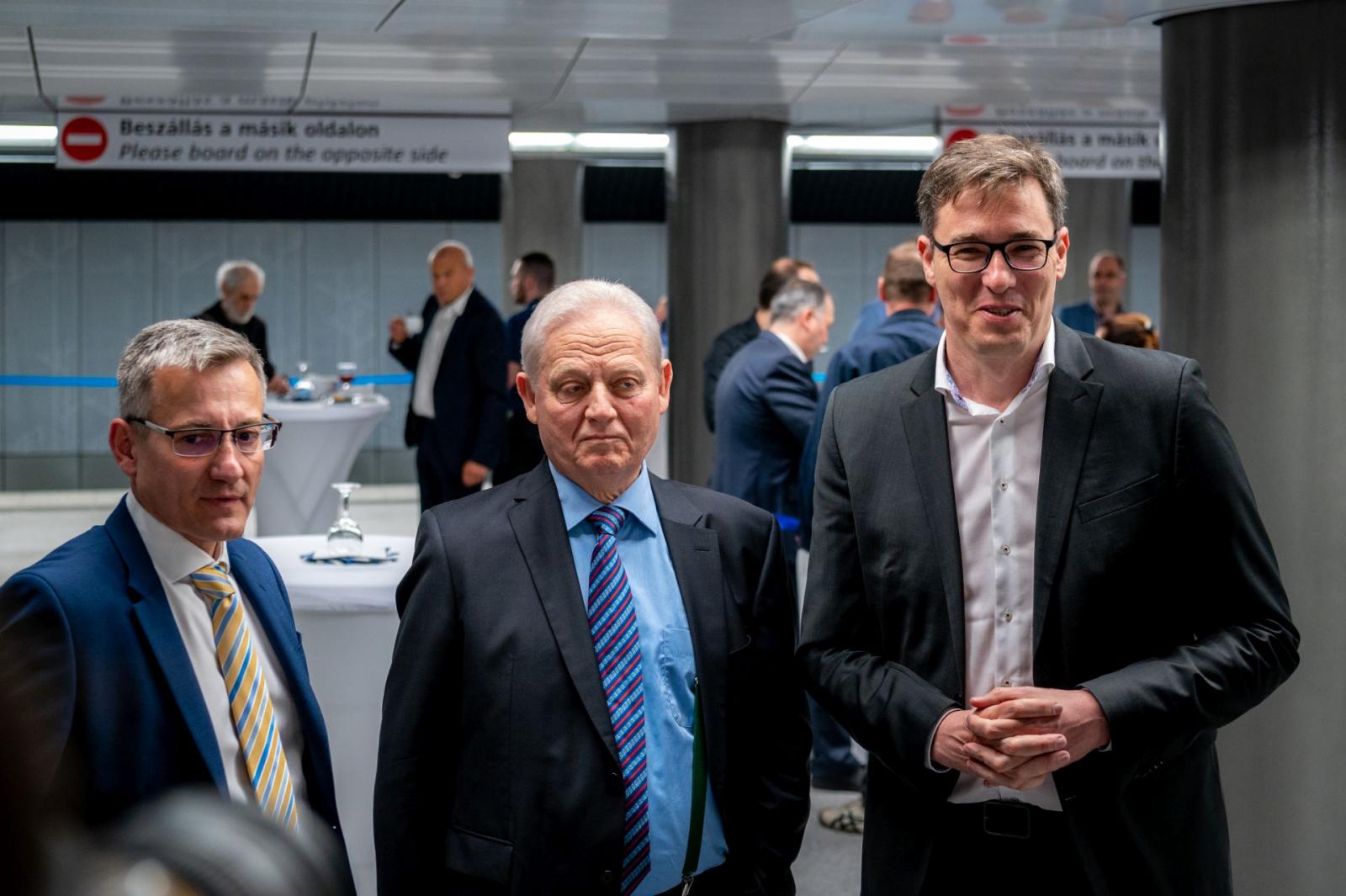 The reconstruction of metro line 3 spans local government cycles, it is beyond party politics, it is a common cause for the whole country, emphasised the Mayor of Budapest at the ceremonial handover of the reconstructed section.

Gergely Karácsony recalled that the project was made possible thanks to the cooperation of the European Union, the Hungarian Government and the Municipality of Budapest.

The Mayor also thanked the previous city government for launching the project and the companies and contractors of the capital for their "incredible work" to deliver the three stations on time.

As he pointed out, the three reconstructed stations have been equipped with accessibility features. This is not only a practical issue, but also a philosophy.

Gergely Karácsony also thanked the Hungarian Government for its support, adding that he would like to continue the dialogue with them on the next metro developments.

The newly reconstructed stations bear many cultural references: the Kálvin tér pays homage to Bartók's Cantata Profana, while in the Corvin district a slab structure has been created to evoke the Star Wars movies, which evokes the hyper-space jump, he said.

The three stations that have now been reconstructed were completed in the first phase, are in the lowest part of the line, he said.

The EU approved the funding contract for the project in 2018, and together with the Government's block grant, the capital can currently spend around HUF 217 billion on its implementation. This is the biggest technical investment in Budapest in the last eight years, and the Government has been supportive from the start, he said.

István Tarlós said that Kálvin tér, Corvin-negyed and the Semmelweis Klinikák are all priority stations, the full accessibility of which was agreed by the previous city government in 2017. This was the first place in Hungary where inclined public elevators were built, he said, pointing to the elevators built next to the escalators.

This "large-scale and complex civil engineering project" is a joint achievement of two city leadership and the Government, István Tarlós stressed.

Tibor Bolla, CEO of BKV Zrt., stressed the importance of the fact that the three stops were handed over on time in "the biggest transport investment of recent times", despite the fact that the works were hampered by the pandemic, the war in Ukraine and the fact that the metro is partially operational during the reconstruction. Work will continue for the next ten months and the entire metro line M3 will be opened to the public on 15 March 2023," said Tibor Bolla.

According to the Budapest Transport Centre, from Saturday afternoon, metro line M3 will run from Kőbánya-Kispest to Kálvin tér on the southern section, but trains will not stop at Nagyvárad tér due to the station's reconstruction.

Photos of the event can be seen in the gallery below.