In connection with the reconstruction of metro line M3, measures aimed at creating equal opportunities have been the subject of extensive attention from the public. It has come a long way to the point where today we can talk about barrier-free access to the stations of metro line M3 and its implementation. Consultations and agreements with NGO-s, resolving technical difficulties, and clarifying the issue of funding - preceded the final concept.

Let's see where we started and where we are today: metro line M3 was built between 1970 and 1990, when the creation of a barrier-free environment was not yet one of the expectations, therefore our predecessors did not provide the possibility of later construction. The blue metro is the busiest means of transport connecting the northern and southern areas of the Pest side, so after almost forty years the time for modernization has arrived. 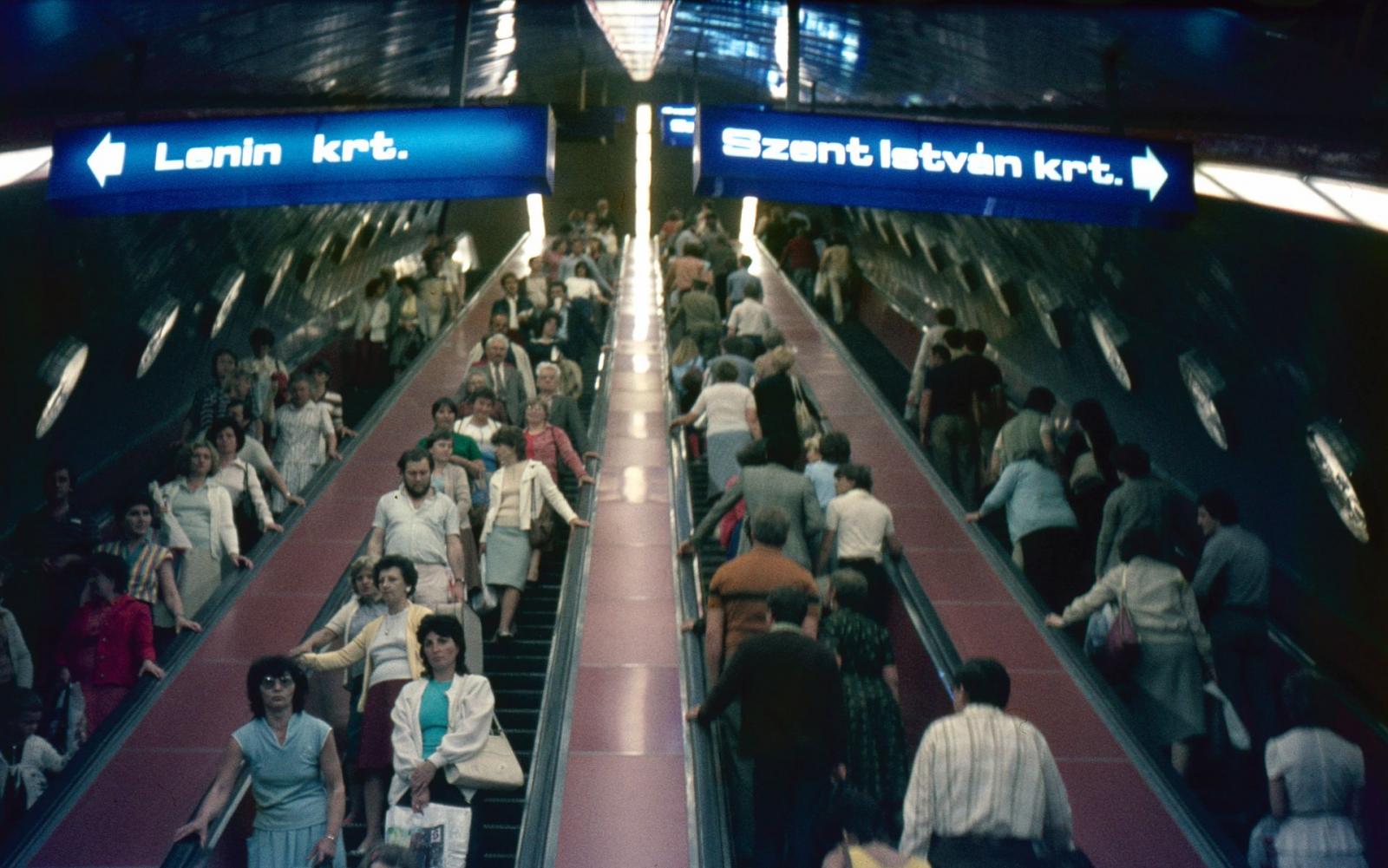 Prelude of the reconstruction

It started with multi-stage planning, feasibility studies, decision-making analyzes, concept creation, all in terms of architecture, metro operation and traffic diversion. On behalf of BKK Zrt., FŐMTERV Zrt. prepared the plans in 2014, which also included the examination of accessibility with conventional and inclined elevators. It seemed almost impossible for designers to provide barrier-free access. Platforms at a depth of about thirty meters, narrow tunnel passages, loose soil structure, and densely built-up urban environment were all challenging factors. It was found that the installation of conventional elevators would involve high construction risk and construction costs, and could only be solved with connecting corridors and transfers, which would mean a loss of time of approximately 5-10 minutes compared to the escalators. In the case of inlcined elevators, the lack of application practice and the time-consuming acquisition of permits were seen as a risk, so the accessibility of ten stations was proposed and planned, and there was already a lift connection at two stations. BKK Zrt. finally decided on the partial accessibility of metro line M3, thus ensuring equal access for twelve stations.

Implementation of the reconstruction

In the autumn of 2015, BKV Zrt. took over the plans and started the implementation of the metro reconstruction. The grant agreement for the reconstruction of the metro line M3 was signed on 5 May 2016 between the Ministry of National Development - its legal successor is the Ministry of Innovation and Technology - and BKV Zrt. The sponsor, the Ministry of Innovation and Technology, is responsible for the professional control of the allocation and use of funds, and BKV Zrt., as the beneficiary of the Project, is responsible for the implementation of the investment. The contractual support for the modernization and partial accessibility of the metro line was HUF 137.5 billion.

The reconstruction works started between Újpest-központ – Dózsa György út stations on November 6, 2017 according to the original plans. Meanwhile, the topic of accessibility remained an issue, so BKV Zrt. sought alternative solutions - conversion of escalators, a structure applicable on the escalators - in order to make the stations accessible to everyone. BKV Zrt. consulted with the relevant organizations representing the interests of people with reduced mobility. 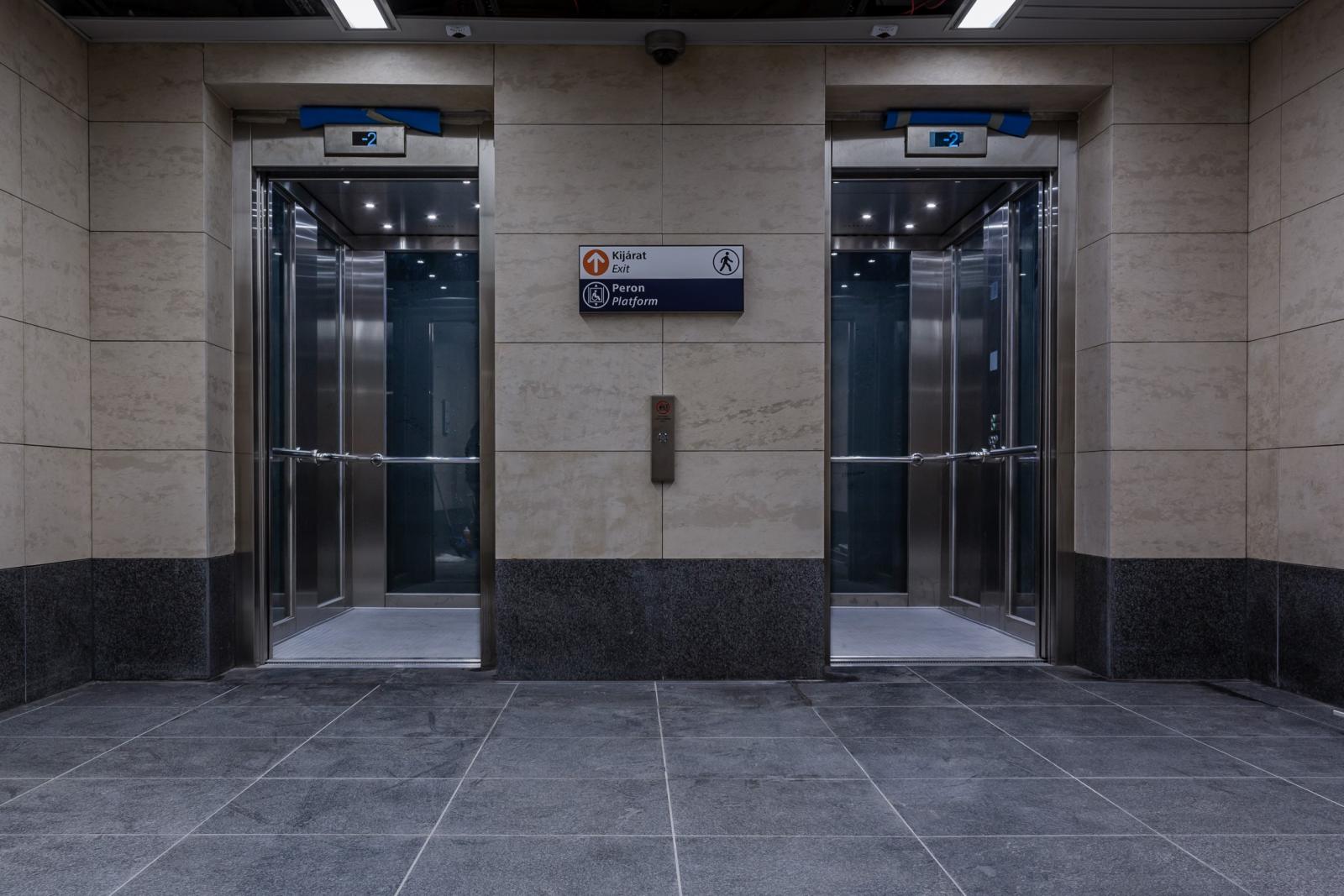 A substantive change took place in 2018. The National Federation of Organisations of People with a Physical Disability (MEOSZ) did not accept the proposals for alternative solutions. At the same time, the grant application for the reconstruction was assessed at the European Union. The European Commission has asked for a review of the accessibility plan and an increase in the number of accessible stations. It was found that the installation of conventional lifts was not recommended for some stations due to the disproportionate risk and high costs. A working group was called for to redesign the accessibility concept. BKV Zrt. ordered new geodetic measurements to investigate the use of incline elevators and initiated consultations with MEOSZ to present the innovative solution.

As a result of the negotiations, with the approval of the Budapest General Assembly, on May 10, 2018, the Municipality of Budapest - Mayor István Tarlós - and MEOSZ - President Ágnes Kovács - signed an agreement on accessibility of the stations of metro line M3.

Following the signing of the agreement and the presentation of the new accessibility concept, the European Commission approved the project grant application, increasing the eligible cost with regard to full accessibility. 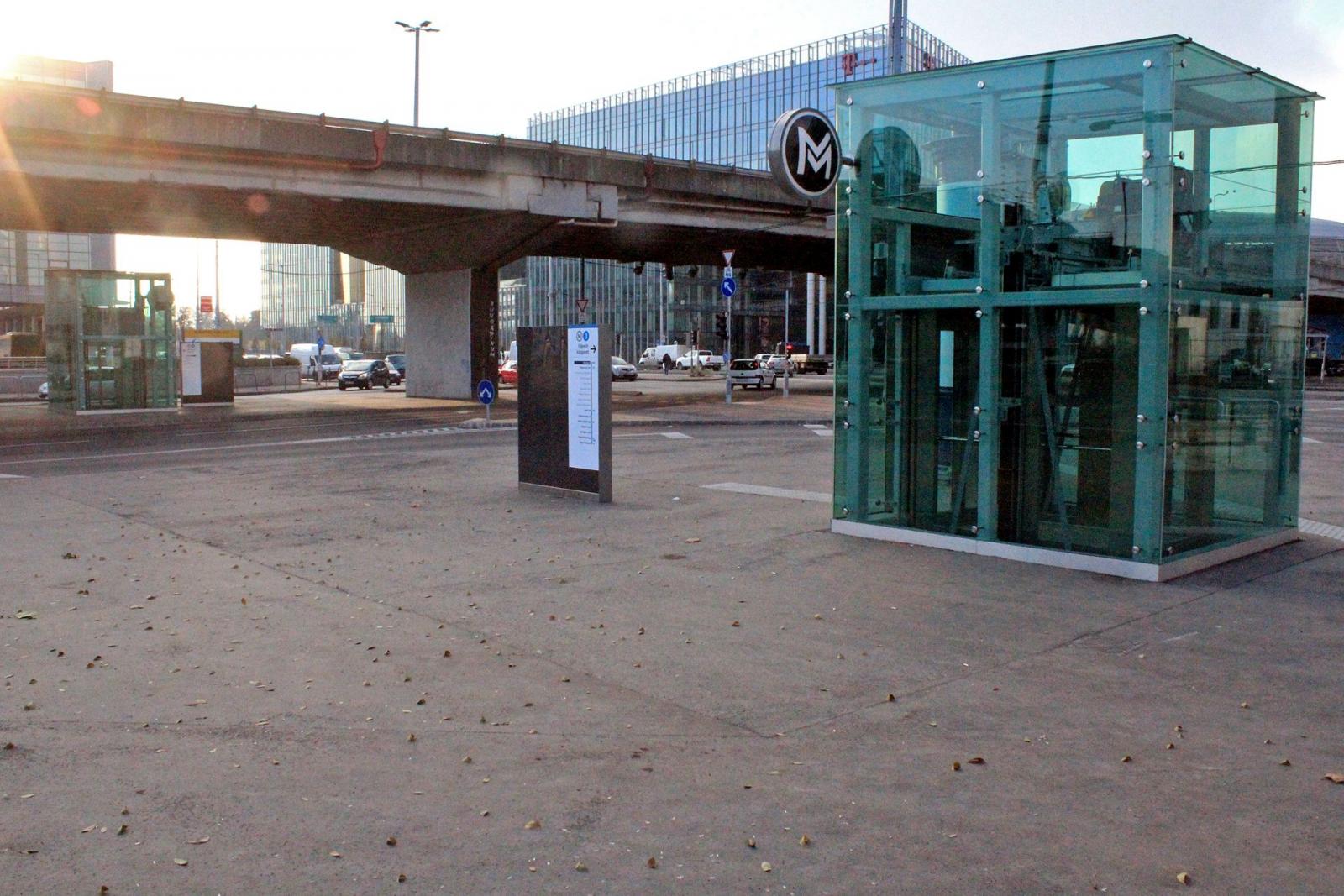 The licensed plans for the reconstruction of the metro line still included partial accessibility, so the works started and was implemented accordingly. The handover of the renewed northern section between Újpest-központ and Dózsa György út stations took place on 30 March 2019, and the renewed southern section between Népliget and Kőbánya-Kispest stations was handed over to the travelling public on 22 October 2020. Stations that would not have been barrier-free according to the original plans will be retrofitted, as another planning and permitting process will be required. The full accessibility of the metro line is expected to be completed by the end of 2022. Currently, a budget of HUF 217.5 billion can be spent on the project.

Present of the reconstruction

The last phase of the reconstruction, the modernization of the downtown section, also started in March 2020 with the closure of two stations, then two more stations in July and then with the entire section between Nyugati pályaudvar and Semmelweis Klinikák stations on 7 November.

As two well-known contractors are carrying out the renovation works, Swietelsky Építő Kft. has contracted for the reconstruction of the stations and Swietelsky Vasúttechnika Kft. for the modernization of the tunnel. On September 4, 2017, BKV Zrt. entered into a contract with Swietelsky Vasúttechnika Kft. for track construction and tunnel renovation works on the entire line. The contract for the reconstruction of the stations was signed on 27 November 2019 by the representatives of BKV Zrt. and Swietelsky Építő Kft. In order to successfully complete the metro reconstruction, it became necessary to coordinate the works and review the deadlines set in the previously concluded contract. On December 21, 2020, BKV Zrt. and Swietelsky Vasúttechnika Kft. managed to put an end to the months of negotiations. Pursuant to the agreement, a letter of intent to amend the contract was concluded between the two parties, which includes the settlement of additional costs of HUF 9.1 billion, as well as a 5% reserve fund. BKV Zrt. covers the additional costs included in the agreement from the available resources by reallocating costs.

Accessibility of all metro stations will be implemented within the framework of the Project of the infrastructure of metro line M3. Accessibility of surface junctions and subways connected to stations is essential for barrier-free access to metro stations from the surface. In order to achieve full barrier-free access to the whole metro line, the joint implementation of the project of BKV Zrt. (infrastructure) and BKK Zrt. (underpasses) is required. At the expense of its original undertaking of the reconstruction, BKV Zrt. also solves the partial accessibility of certain underpasses - Dózsa György út, Nyugati pályaudvar, Corvin-negyed, Nagyvárad tér, Népliget stations - by installing conventional elevators. 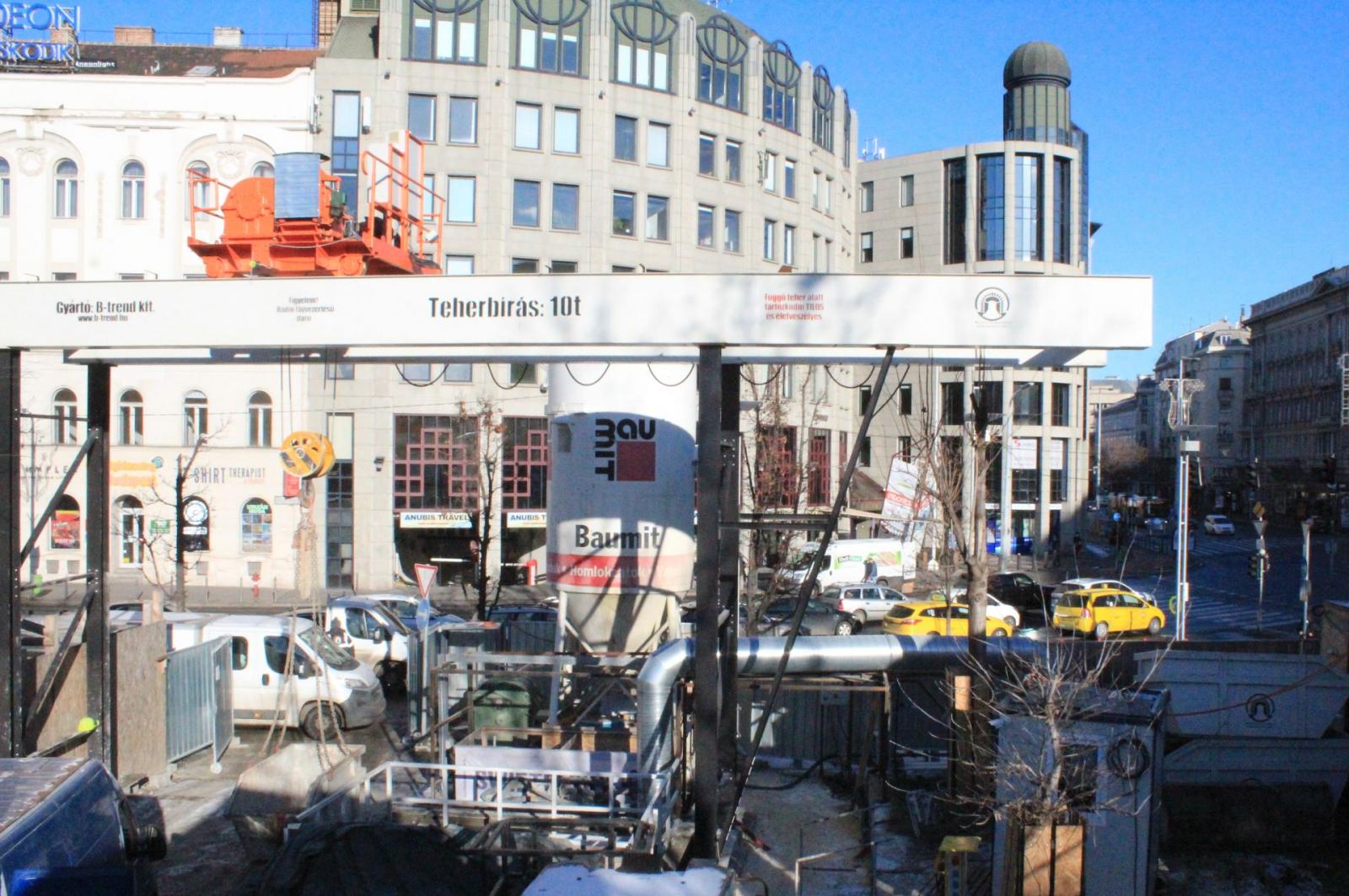 The resources available for the project thus provide cover for the creation of equal opportunities and the accessibility of the stations of the metro line. BKV Zrt. remains committed to ensuring equal access to the metro line, therefore it also undertook the risk of installing a novel device - an inclined elevator - which has not yet been tested in public transport in Hungary, but is the only solution for accessibility of the deep-core stations.