It happened in the southern section

The section of metro line M3 between Kőbánya-Kispest and Népliget shows a different image from week to week. Structural constructions, paving works, equipment test, construction of the telecommunication network, handover of the completed station dispatcher rooms - in short, „ÁDI” in Hungarian - for the final installation, is happening all at once in the southern section.

The most noticeable change can be seen at Népliget metro station, on the one hand the construction of the elevator shaft on the right side is slowly being completed, and on the other hand the modern, geometric, three-dimensional wall covering can be seen on one side of the platform. Although the final image is only outlined in Népliget, the floor and acoustic cover and the supporting structure of the suspended ceiling are being made at each station.

The basic mechanical works were completed, and the installation of air handling units, main ventilators and water mist extinguishing equipment began. In order to create the conditions for future maintenance and to comply with the occupational safety aspects - contact protection, installation of traffic routes - experts of the operational part have already been involved in the work.

The construction of the internal communication network could also be started, which will provide a faster and more efficient connection on the line. The new switch cabinets had already been put in place earlier, so the installation of hundreds of glass fibers - even thinner than human hair - into the control unit, which required a very precise, thorough work, could begin.

The left track was completed at Kőbánya-Kispest metro station, and after successful testing, the traffic switched to the renewed pair of rails, and in the middle of May, the demolition of the right track began.

Photos of the works can be viewed HERE and the video can be watched HERE. 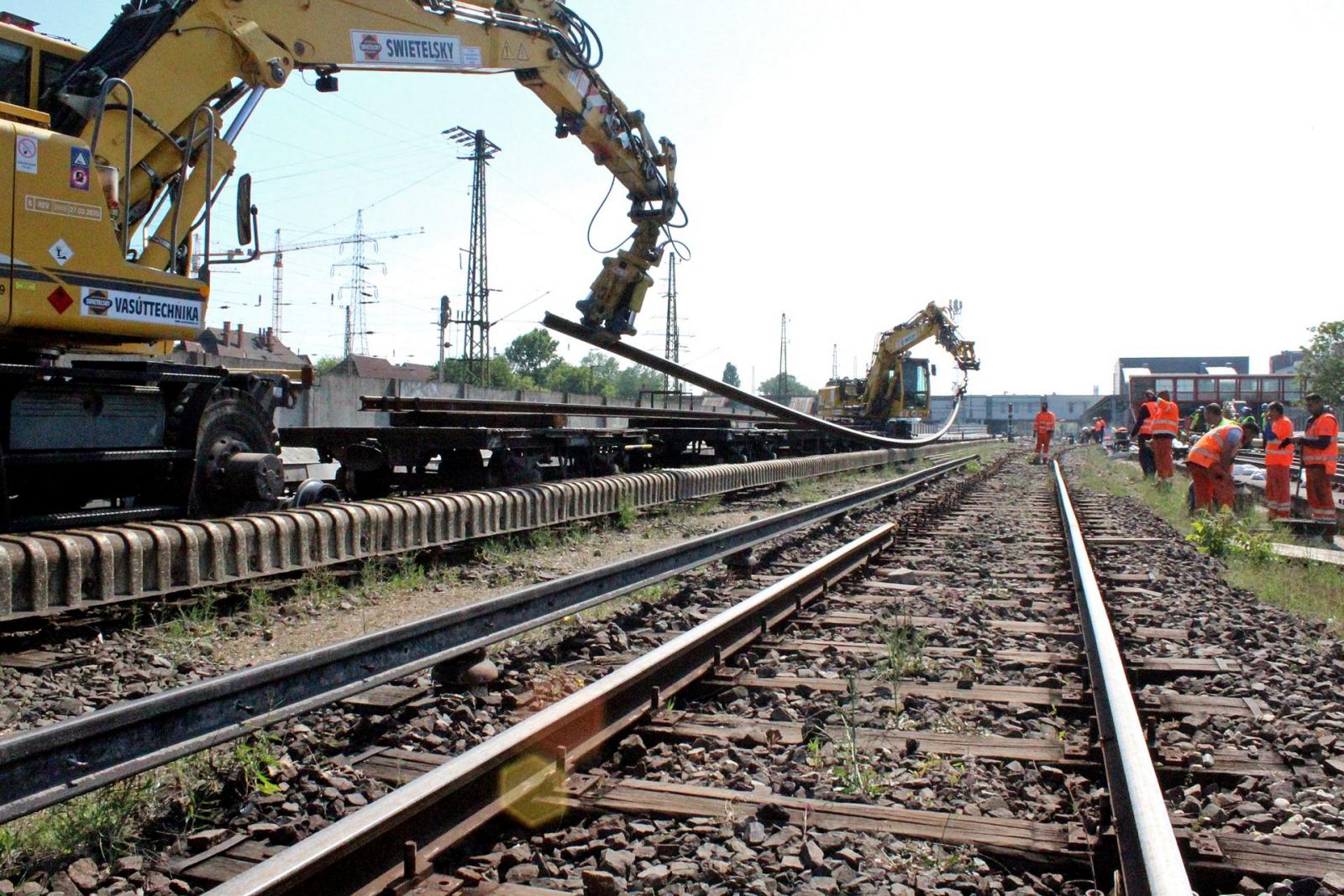