Demolition works on the middle section of metro line M3

BKV Zrt. reported in a previous announcement that the renovation of metro line M3 will continue on the southern section, despite the current pandemic emergency situation of COVID-19. In addition to the reconstruction works between Népliget and Kőbánya-Kispest metro stations, the modernization of two stations of the middle section - namely Arany János utca and Ferenciek tere - also started at the beginning of March. For the time being, the epidemic situation does not affect the work in the city center, professionals protect themselves against COVID-19 by disinfection several times a day, with increased compliance of the hygiene regulations.

Demolition work is mainly carried out at these stations. The area of the escalators is almost unrecognizable, the wall and ceiling coverings have been demolished, and work is being done on the demolition of the structure in the incline shaft. At both locations, a non-operational escalator provides pedestrian traffic, which means that there are currently more than 230 steps connecting the surface to the platform.

Typical furniture, information boards, advertisements disappeared from the passenger areas, and demolition materials stacked or packed in bags; tools to help with the work, and smaller machines appeared. Architectural and mechanical demolition has also begun in those areas that do not disturb the safety of metro traffic. The dismantled materials will be delivered to BKV Zrt. Kőér utca vehicle depot on weekends.

In the stations themselves, representatives of various specialties conduct on-site observations in order to prepare for subsequent construction and execution work processes.

Reconstruction of the middle section will continue with the closure of the Corvin-negyed and Semmelweis Klinikák metro stations scheduled for July. Surface utility works have already begun in the vicinity of the stops. The road traffic, which is typical of today and is significantly smaller than usual, this time creates more favorable conditions for work, and the reconstructions of water, sewers and hydrants are progressing faster than planned.

See the picture gallery of the works HERE, and the video summary HERE! 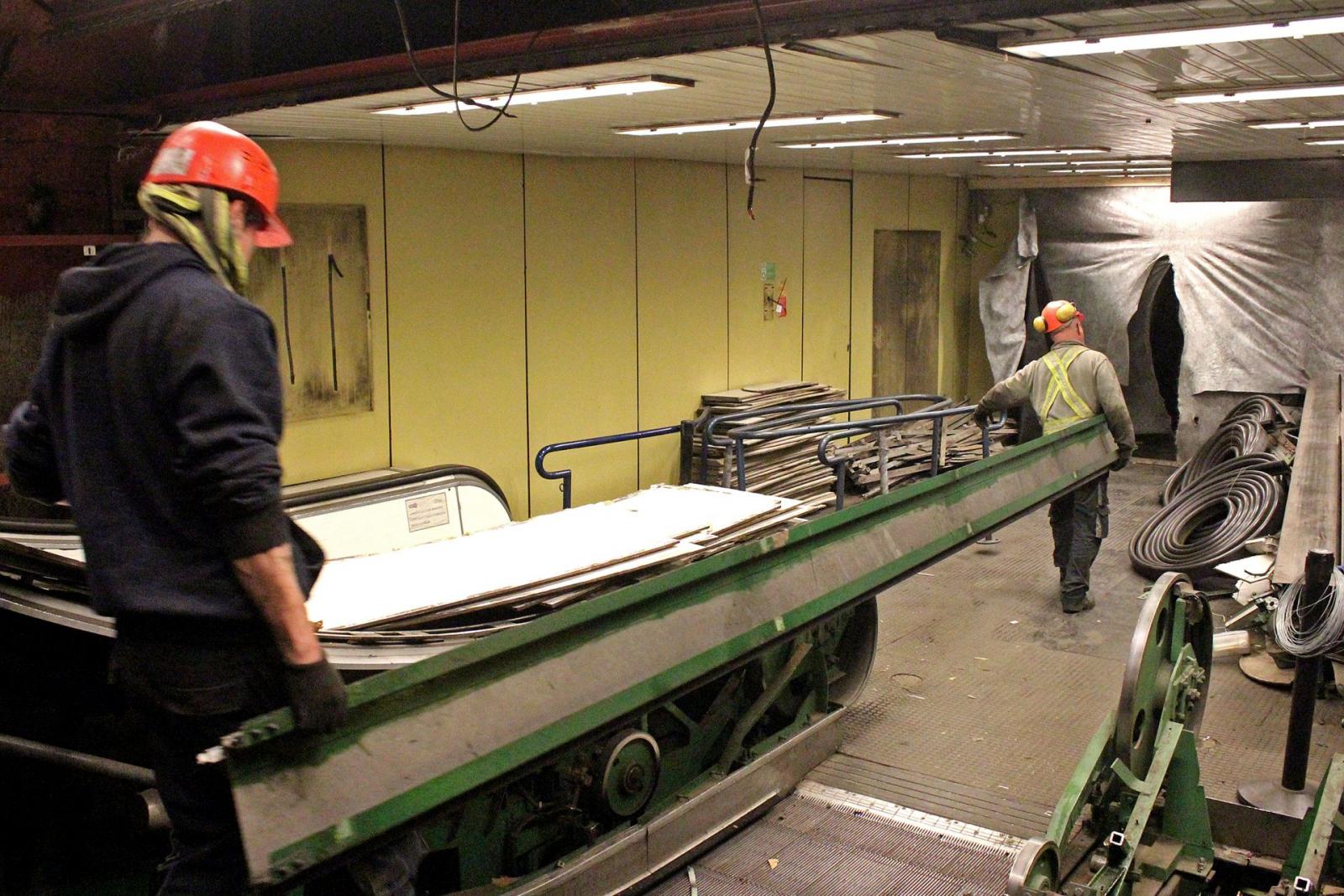