March developments in the southern section

Reconstruction works on the southern section of metro line M3 is currently proceeding according to schedule, despite the current COVID-19 pandemic situation. Work in both the tunnel and stations is being scattered throughout the area, and in the case of smaller service rooms, the process is organized in accordance with appropriate distances and hygiene standards.

The surface side tracks area of ​​the Kőbánya-Kispest metro station has been completely rebuilt, new pairs of rails have been replaced, crushed stone beds (exchanging the former concrete slab superstructure) have been placed everywhere, and the installation of the covers of the third rail - which supplies the trains with electricity - will soon be completed.

Diesel freight cars, running the tracks between Kőbánya-Kispest and Nagyvárad tér metro stations almost without stopping, so that the supply of construction materials, tools, new machines, equipment and waste is not disrupted.

The most important new equipment - air control units, main ventilators, water mist extinguishing equipment - has been delivered and installed, and the basic works will be completed within weeks. After finishing the electrical services, testing processes may begin in late summer - according to the current schedule.

The supporting structures of the suspended ceilings and wall claddings in the stations has dramatically transformed the look of the passenger areas, while the floor coverings on Határ út and Ecseri út metro stations are already suggesting, how the colors of the subway stations will look like.

The photo gallery of the works can be viewed HERE and the video summary HERE. 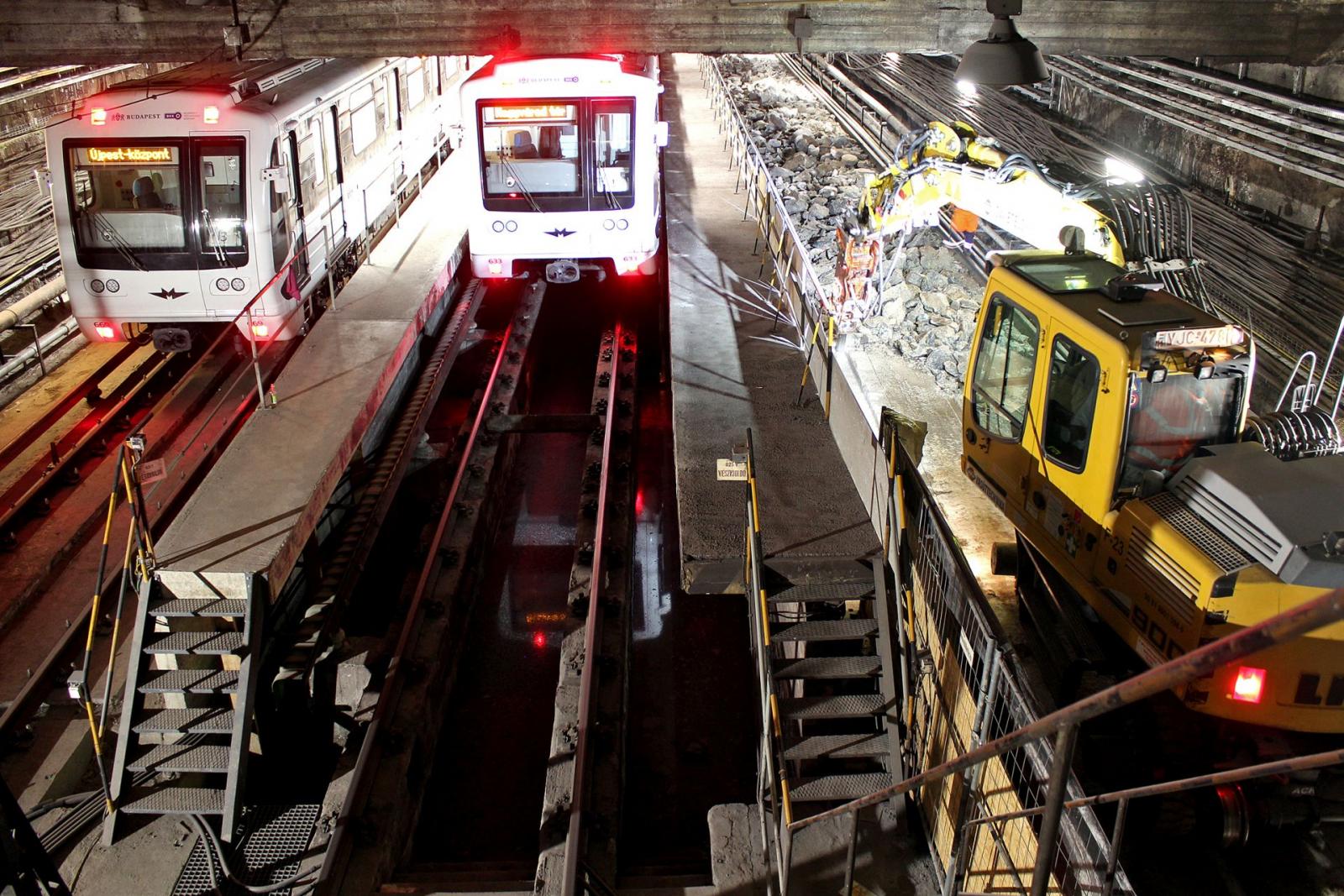