In the renewed northern section of metro line M3, a number of accessibility transport solutions have been implemented, and developments providing equal access will continue. 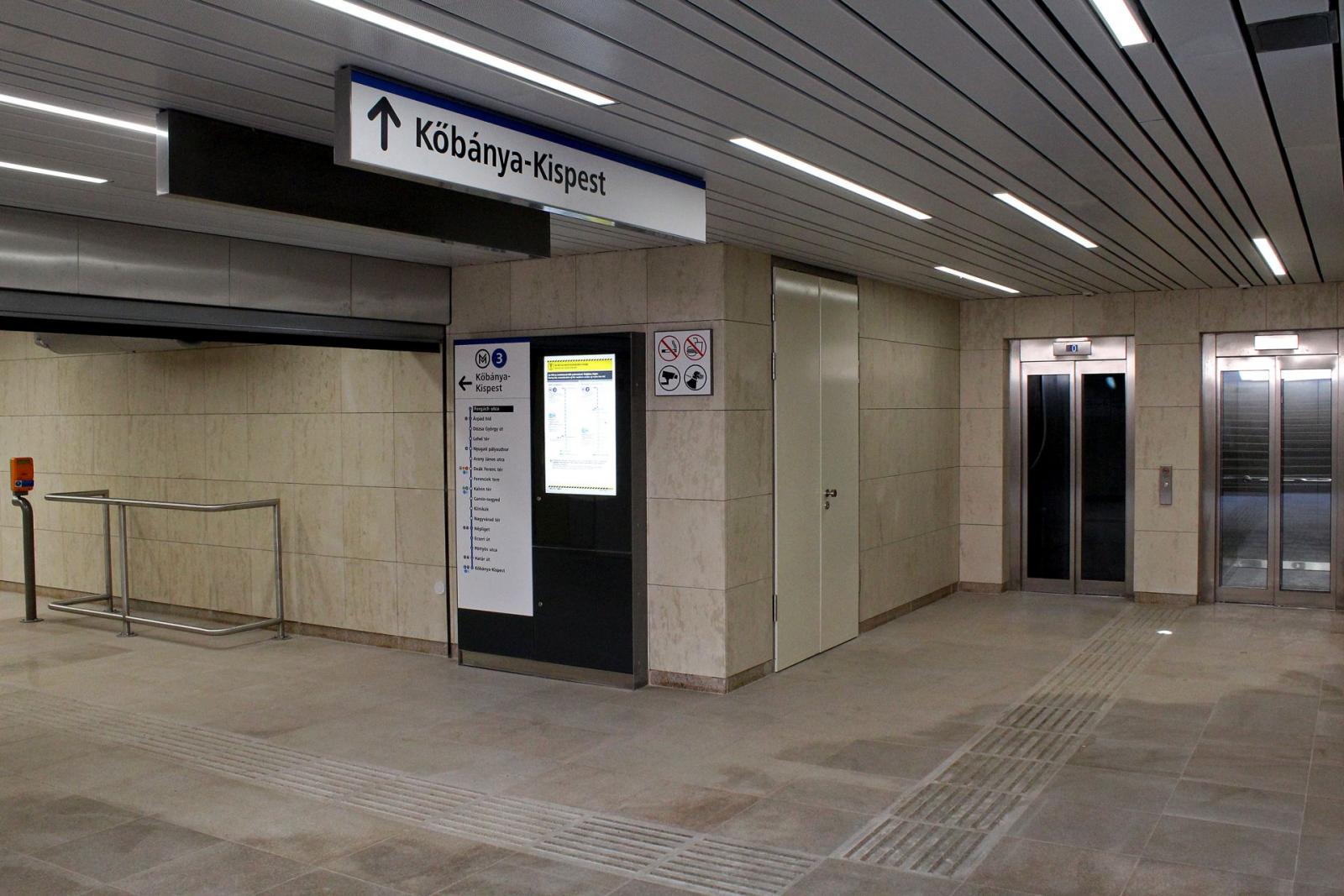 Internationally well-known, comprehensible pictograms help to understand and enhance understanding, not to mention that these also helps foreigners to get information. The volume can be adjusted according to the surrounding sound effects, and the information is well understood, simple and easy to hear.

The station dispatcher room (ÁDI) passenger window is antireflex, so that the illumination of the customer service associate in the room makes it possible to read from the mouth. At the transfer desk, the speaker has a volume control, that allows two-way communication for the hearing impaired.

The placement of furniture and objects has been defined so that those using white stick can detect them.

On the floor covering, the tactile lanes to help the movement of the blind and visually impaired were made at the appropriate places, on the one hand, between the guiding strips on the cover and on the other hand, between the safety lane and the platform plate, with a - distinctive - pattern distinguishable from the standard surface, a 20 cm wide granite line.

At the entrances to escalators, an Audio Orientation Guide has been built to help the visually impaired to orientate more easily, and also for this purpose at the intersection of the steps, and at the edges with 3 to 3 cm optically distinct, yellow, durable, wear-resistant markings were made as well.

Elevator controls are all in tactile design, and buttons are also provided with Braille.

The height of the interfaces, the design of the ticket vending machines and the doors in the route made it possible to use them without any obstacles.

Due to the accessibility requirements, the internal spaces were provided with a slip-free floor covering with only the necessary ground-sills.

Fixed stairs were rebuilt in accordance with accessibility standards, and two-row rails along the stairs were installed as well.

At three metro stations - Forgách utca, Gyöngyösi utca, Újpest-központ - a total of twelve elevators (two for each platform) were built, linking the metro platform and the surface. On the basis of the plans of NIF Zrt. at the Újpest-városkapu station, two elevators were already built in the project of the modernization of the Budapest-Esztergom railway, which provide connection to the surface and reach both platforms of the metro station.

A decision was made on partial accessibility in the planning of the reconstruction of metro line M3, so that no elevators were built on Dózsa György út station as well as no further ones were installed on Árpád híd station besides the ones that are already serving the passengers.

István Tarlós, Mayor of Budapest and Ágnes Kovács, President of the National Association of Disabled Persons’ Association (MEOSZ) signed an agreement on May the 10th 2018 on the full accessibility of metro line M3, so there was a positive change for both stations mentioned above. During the reconstruction of the entire line - expected to finish by the end of 2022 - the stations will be fully accessible.