The handover and acceptance procedures has started

The reconstruction of the metro line M3 has reached a significant point; on January 29, 2019, the handover and acceptance procedures of the implementation works were started in accordance with the final reports of the contractors of the renovation: STRABAG Építő Zrt., Swietelsky Vasúttechnika Kft. and PRO-M Zrt. 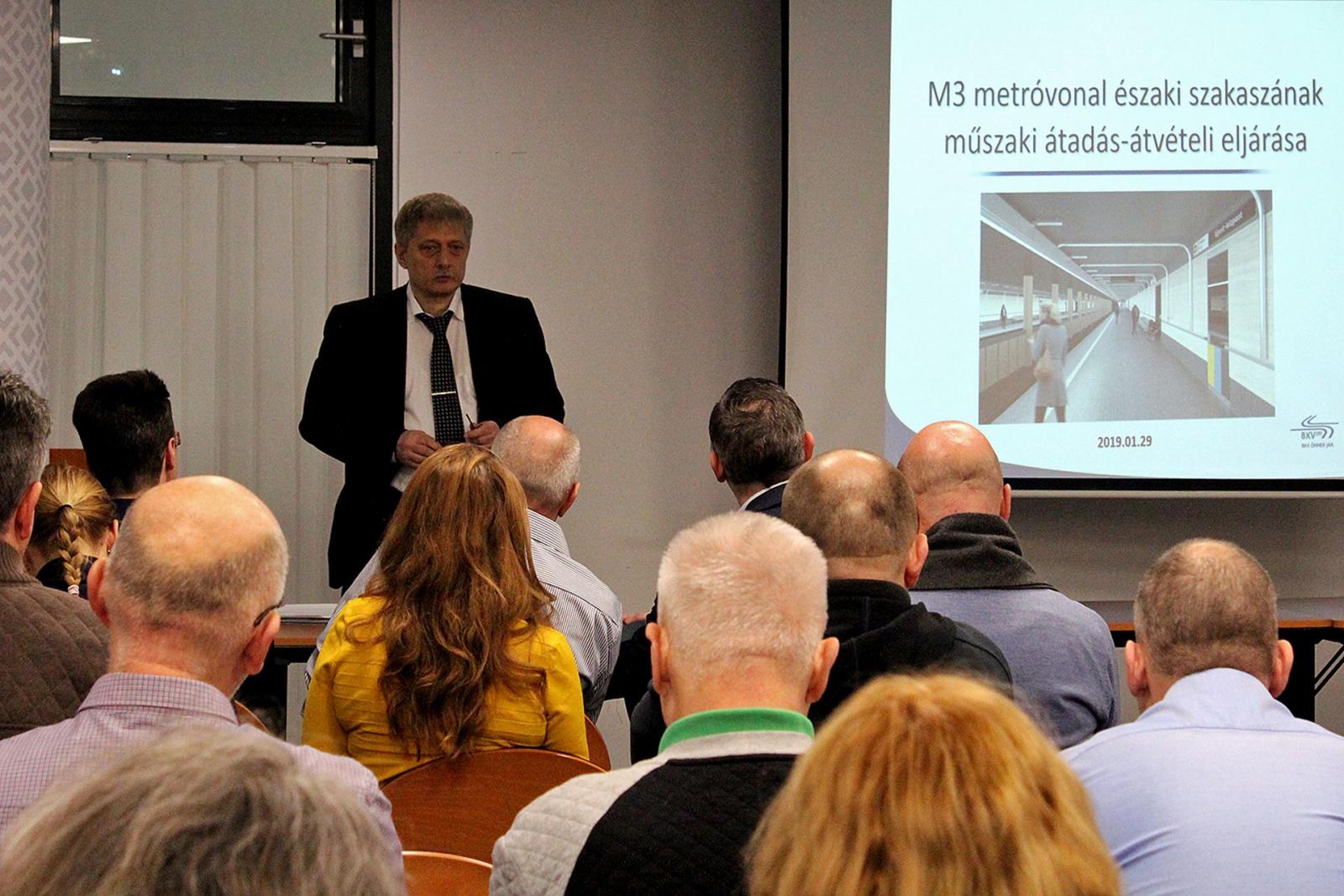 Tibor Radnay Project Director speaking at the initiation of the procedure

On the whole section - between Kőbánya-Kispest and Újpest-Központ metro stations - Swietelsky Vasúttechnika Kft. is responsible for modernization works on track construction, tunnel works, signaling and processing system, railway telecommunication, central dispatcher systems. EDR network expansion and radio coverage deployment works are carried out by Pro-M Zrt. According to their contract of business, the current handover procedure applies to the part-time works assigned to the northern section of the metro line.

In the case of the stations themselves - the contractor is STRABAG Építő Zrt. - the handover procedure covers those works necessary for the commencement of the authorisation process. The handover procedure concerning the final works of the stations can begin on 28 February 2019. The aforementioned procedures must be completed within 30 days in accordance with the legal regulations, so the process is expected to be completed on March 29, 2019.

After the completion of all the handover procedures, and knowing the results of the test runs conducted by BKV Zrt. - the renewed northern section between Újpest-Központ and Dózsa György út metro stations can be handed over to the passengers.